In February … just before the Coronavirus pandemic forced much of the world into lockdowns and social distancing as part of massive efforts to delay the spread, Astera’s reporting team were on-the-ground in Australia and caught up with the action at D1 Studios in Sydney …

D1 Studios in Marrickville, Sydney is a busy facility that is perfect for photo and video shoots, commercials and promos. It’s owned and run by Harry Dakanalis, an enterprising and charismatic individual with a wealth of industry experience and penchant for lateral thinking and doing things differently!

Astera’s reporting team were on-the-ground in Australia and caught up with the action
at D1 Studios in Sydney.

Harry has also been a stuntman and stunt coordinator for many years, cutting his teeth working on numerous feature films and commercials. When he’s not been jumping out of helicopters and spectacularly crashing cars in amazing locations across Australia and around the world … his other company D2 Motion has developed a unique highly accurate robotic motion-controlled camera system.

Harry has also recently invested in 64 x Astera Titan Tube LED battens for the studio which are part of the specialist light box set up that D1 offers its clients.

The Titans are attached to a 9-metre-wide by 5-metre-deep motorised box truss that forms the light box, and they provide a dynamic, flexible and ready-to-use lighting system for any scenario.

Run wired with data via ArtNet from a laptop, the Titans are controlled via D2 Motion’s proprietary software developed by Daniel Miller specifically for the studio and this light box application.

The light box was evolved to create a comprehensive overhead lighting set up – particularly for car commercials – with a high degree of granular control that can give the impression of light shifting in each frame and simulating movement.

No one had enabled this technique on such a large scale before, so when it came to choosing the light sources to make it happen, Harry and Daniel looked extensively and carefully at the options.

They found many companies reluctant to give them samples with which to experiment, but that all changed when they contacted ULA Group.

When they did a like-for-like comparison with the other frequently used industry LED tubes … the Astera’s were 40% brighter!

Harry recently invested in 64 x Astera Titan Tube LED battens for the studio which are part of the specialist light box set up that D1 offers its clients.

“We needed a fixture that could match the colour temperature of other light sources as well as give the very precise control so we could create waves, patterns and beautifully finessed flowing kinetic effects,” explained Harry.

Harry and Daniel decided on Astera, and these granular effects are further refined utilising their custom software to achieve minute precision. However, Harry also thinks the Astera App is great for controlling smaller numbers of tubes on location.

When the Asteras arrived they were installed on the light box complete with a large custom seamless silk diffuser … and were ready for business which has been constant.

Clients like Audi, Hyundai, Kia, Lexus, Suzuki and many others have all shot materials in the studio utilising the robotic camera system and Asteras. They also have motion-controlled car turntables and other accessories available … making D1 the first purpose-built fully automated car studio in the world.

D1 Studio is designed to allow crews to get great results in days rather than weeks. Especially in commercials, time is always tight and pressured, so the quicker a setup can be completed, the better. D1’s light box and automation equipment dispenses with the need for complicated rigging in dusty roofs to get lights and other kit in the right places.

In less than a year, some of the leading talents from the world of TV, film and commercial production have worked there – lighting cameramen, camera operators, DOPs and directors – which has resulted in a bounce in sales for Astera as everyone has been amazed by the quality and performance of the Titans!

Although it wasn’t a key consideration in the planning, another positive consequence of getting the Titans installed has been reducing the studio’s power bill vastly … by nearly 75% in fact, which is impressive!

Keeping ahead of the game is one of Harry’s passions and – among other brainstorms – he and Daniel are already looking into designing solar-powered generators to power the robotic camera system … with a view to be able to run the studio off the grid for periods.

There are also plans to roll out the successful D1 formula in other cities … so watch this space! 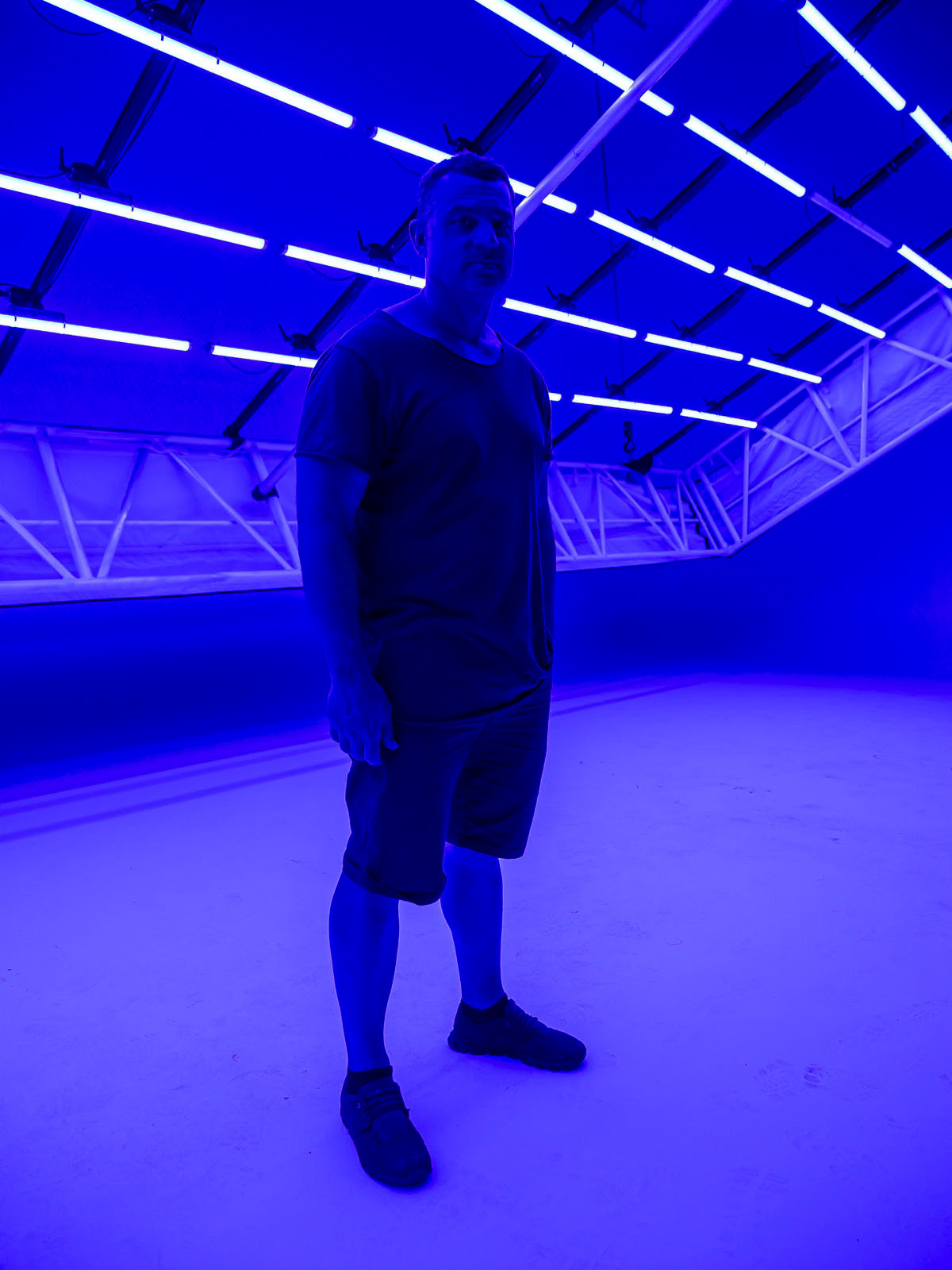