If you want to make your lights look special,
you’ll need some sort of smoke effect. Over the years, we’ve seen all sorts of machines on the market but we are really impressed with theONE from MDG. Sure, it is expensive, but you get what you pay for with this unit.

Tony Davies has been heading Chameleon Touring Systems for over 30 years. Since 1988, Chameleon have supplied equipment and personnel
for live entertainment, concert, film, television, theatre, architectural design, installation and consultation as well as special events in Australia and around the world.

At Chameleon, we always have a vast and diverse inventory of products for hire. We’ve had MDG’s Atmosphere machines running on shows for a long time and liked how they worked. 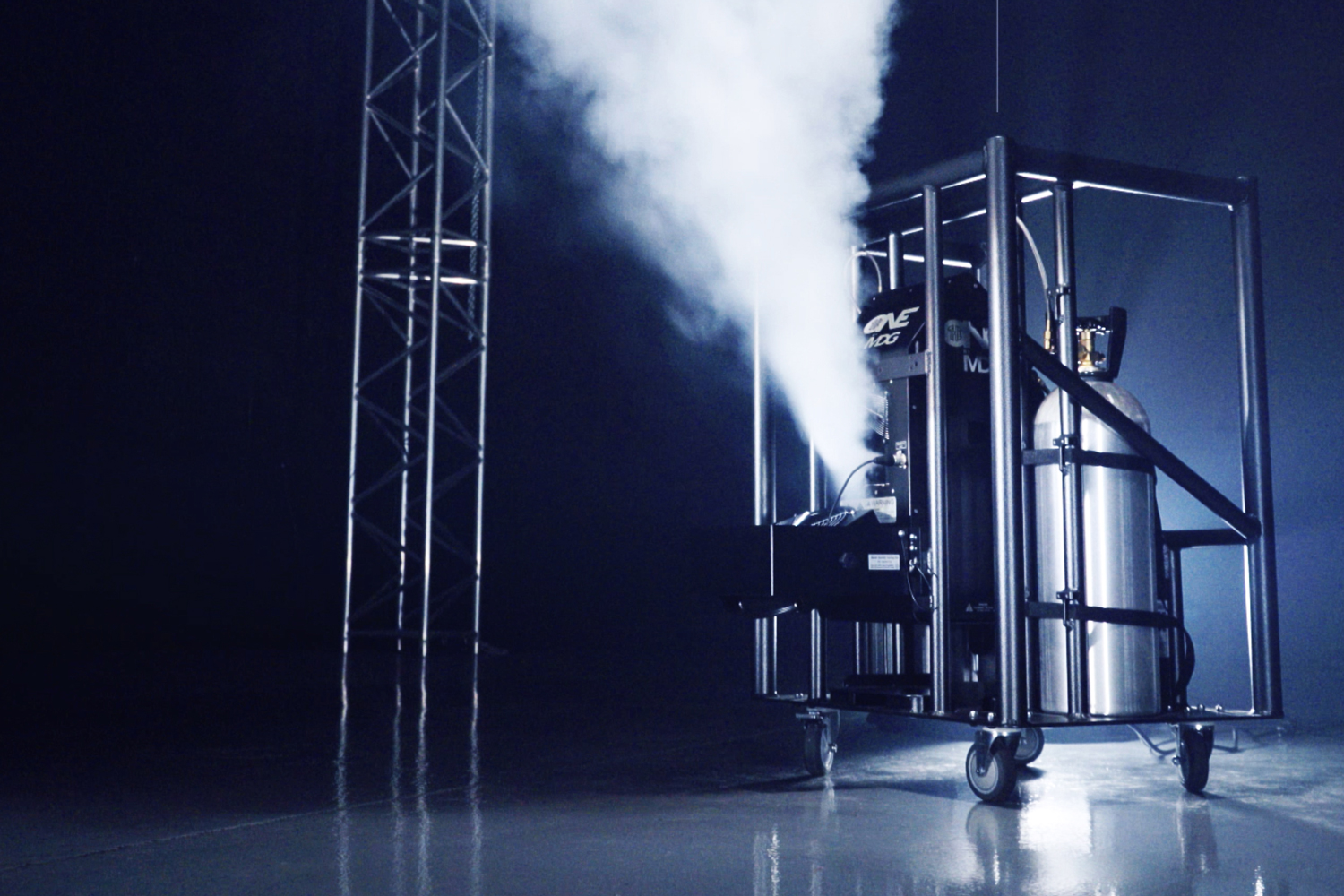 “At Chameleon, we always have a vast and diverse inventory of products for hire. We’ve had MDG’s Atmosphere machines running on shows for
a long time and liked how they worked”. – Tony Davies – Chameleon Touring

It’s On All The Riders
In the world of smoke machines, there are some that will only be used by SOME artists. A lot of the top artists are specifying this unit, so that’s what we invest in. It doesn’t really matter if the choice is driven by artist sensitivities or the production crew who also spend hours in this ‘smoke’, if it’s on the spec, we need to be able to supply it. It’s not some low-end carcinogenic machine”blowing whatever out” but a best practice, safe, and easy-to-use elite bit of kit. It does the job both well and reliably. The high-end stadium market is limited, but it’s where we sit, and MDG’s theONE is one of the best products in that sphere.

You could probably buy a small car for the price of one of these, but we still get good return on the investment. Before we had theONE, an arena gig would need six to eight earlier generation foggers and hazers. We can easily cover a big stage with just two of these. That also means only two machines to maintain, so we keep our ongoing costs down and payback high. The great benefit of theONE is that it runs both fog (for a blast) and haze
(for a mist) and seamlessly switches between them, with 100% duty cycle in both modes. Because the tanks, juice, fans and everything else is contained in a cradle, it’s great for touring. We also use a soft cover for transit. Roll them in, pull the cover off, and away you go.

Some people might be tempted to put different or cheap fluids in their atmospheric generators, but we only ever use the recommended material. That way we don’t damage our machines and get optimum performance from them. To us, it’s a no brainer. The CO2 cannisters that the power theONE are standard hospitality style and we keep a stock on hand to run a few different machines with appropriate regulators. The run time is fantastic, and we can do multiple shows before refilling. As a production hire company, we are pretty hard on our gear. It’s in and out of trucks every day and moved around pretty harshly, so we look for solid engineering in products that we buy. In the 12 months that we’ve had theONE, we’ve had absolutely zero issues with them. They are very much bulletproof and reliable.

The great benefit of theONE is that it runs both fog (for a blast) and haze (for a mist) and seamlessly switches between them, with 100% duty cycle in both modes.

Service and Support
ULA Group’s Technical Sales and Support Manager Thor André has been a real find for ULA. He understands both Chameleon and our business, and knows that these things matter. 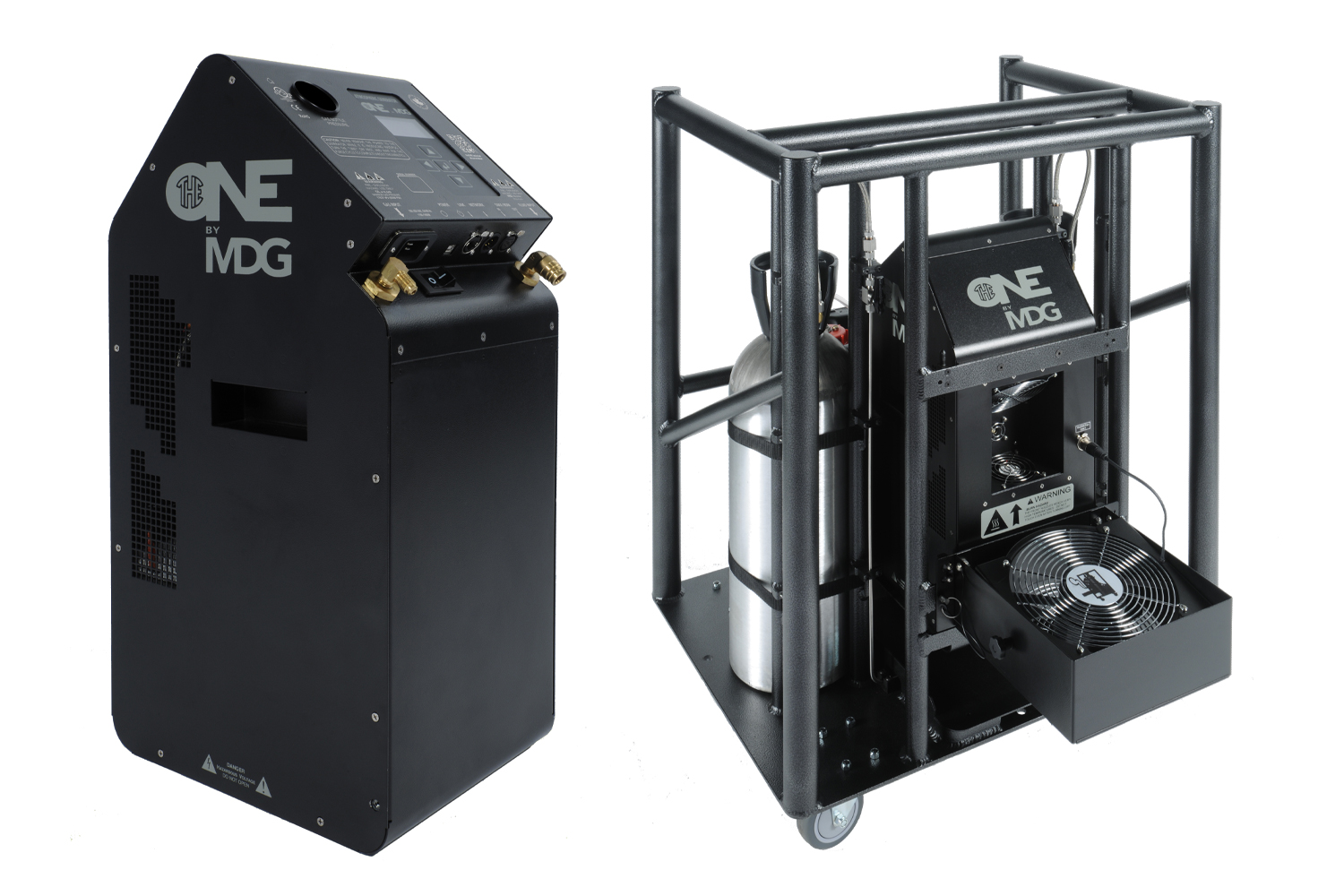