Client Liaison, an Australian indie pop duo, lead their disciples to the dancefloor of the Metro Theatre in Sydney last weekend, with their own Divine Intervention.

ei Productions were in charge of providing a spectacular lighting show for the wild performance of the pair, who produce their own style of music influenced by ‘80s and early ‘90s electronic and house music, which they describe as “faux-fi”. The show was designed and operated by Josh Heron.

The lighting rig included Elation SixBar 1000 fixtures, delivering cool eye candy effects in the background, while Acme Stage PAR 100 Warm White fixtures were used to provide that late ‘80s look, both with the colour temperature and their retro style.

Rocking the stage with matching 80s tuxedo’s, the duo once again delivered a spectacular show, with the crowd dancing their hearts out to their funky tunes. 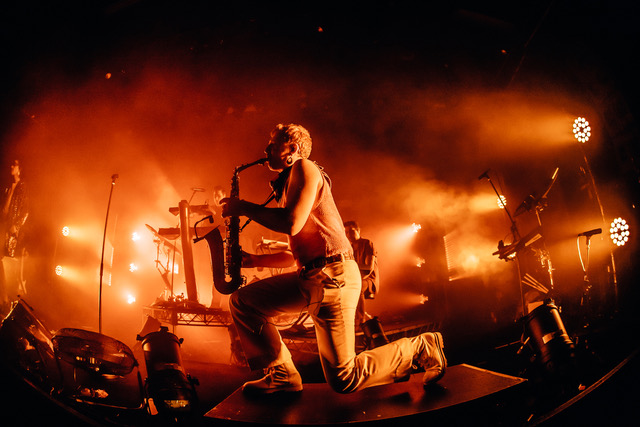