Illuminating the heritage and future of Queensland

The iconic Forgan Smith building in Brisbane has recently undergone a major interior transformation, followed by the project of architectural illumination of the front façade of this heritage-listed building.

The original two-storey building, clad in sandstone, forms a key part of The University of Queensland’s (UQ) quadrangle, the Great Court, and is home to the T. C. Beirne School of Law and Walter Harrison Law Library.
The foundation stone of the Forgan Smith Building was laid in 1937 and the building was officially opened in 1949. Since then, the complex has undergone several major restorations, with the recent interior transformation finished in 2016. This was a perfect time to let the story hidden behind the sandstone carvings come alive. 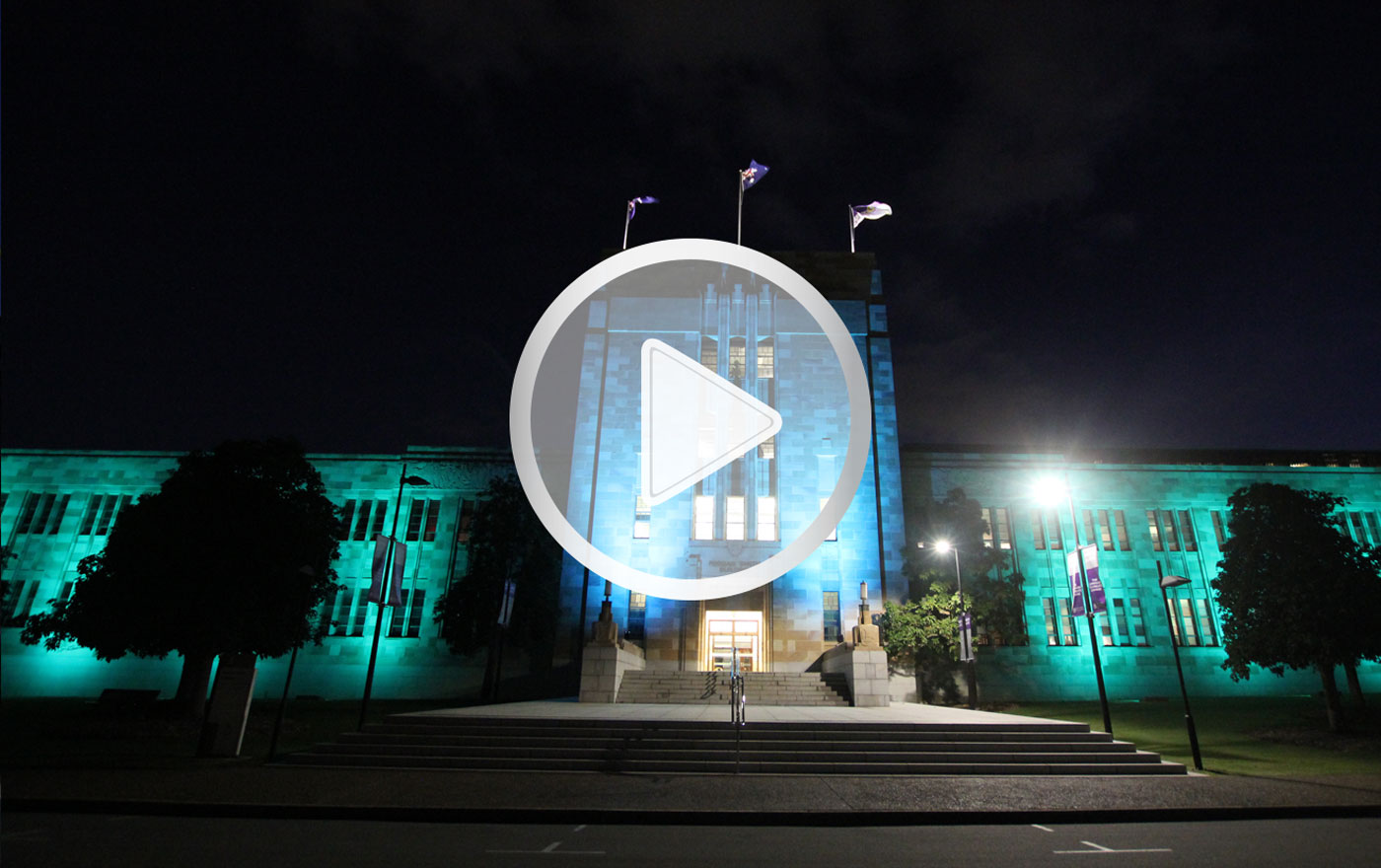 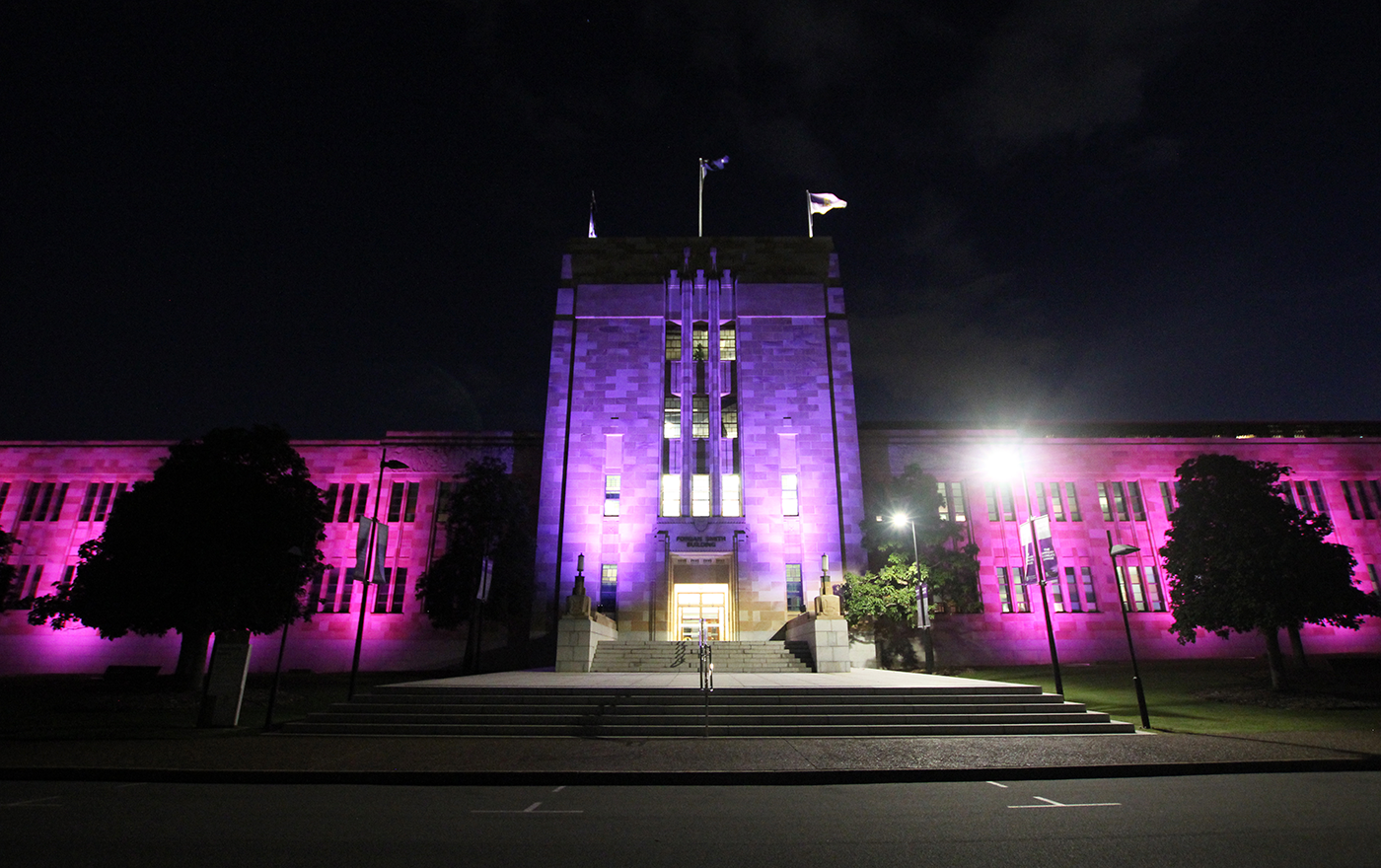 The ULA Group team worked closely with the lighting designer Deepi Naru from WSP Group and lighting consultant Cameron Gunning from Vision and Sound Technology (VAST) on this delicate project.

Forgan Smith Building is an iconic example of the Stripped Classical Style in Brisbane, so there were practically no interventions to the original structures allowed. The team had to seek alternative options without attaching the luminaires to the heritage-listed facades. Furthermore a low impact trenching solution had to be sought to minimise the impact on the foreground trees.

“A significant amount of care went into creation of a generous colour palette, with each colour tuned and balanced to really highlight the beautiful sandstone surface.” – Cameron Gunning 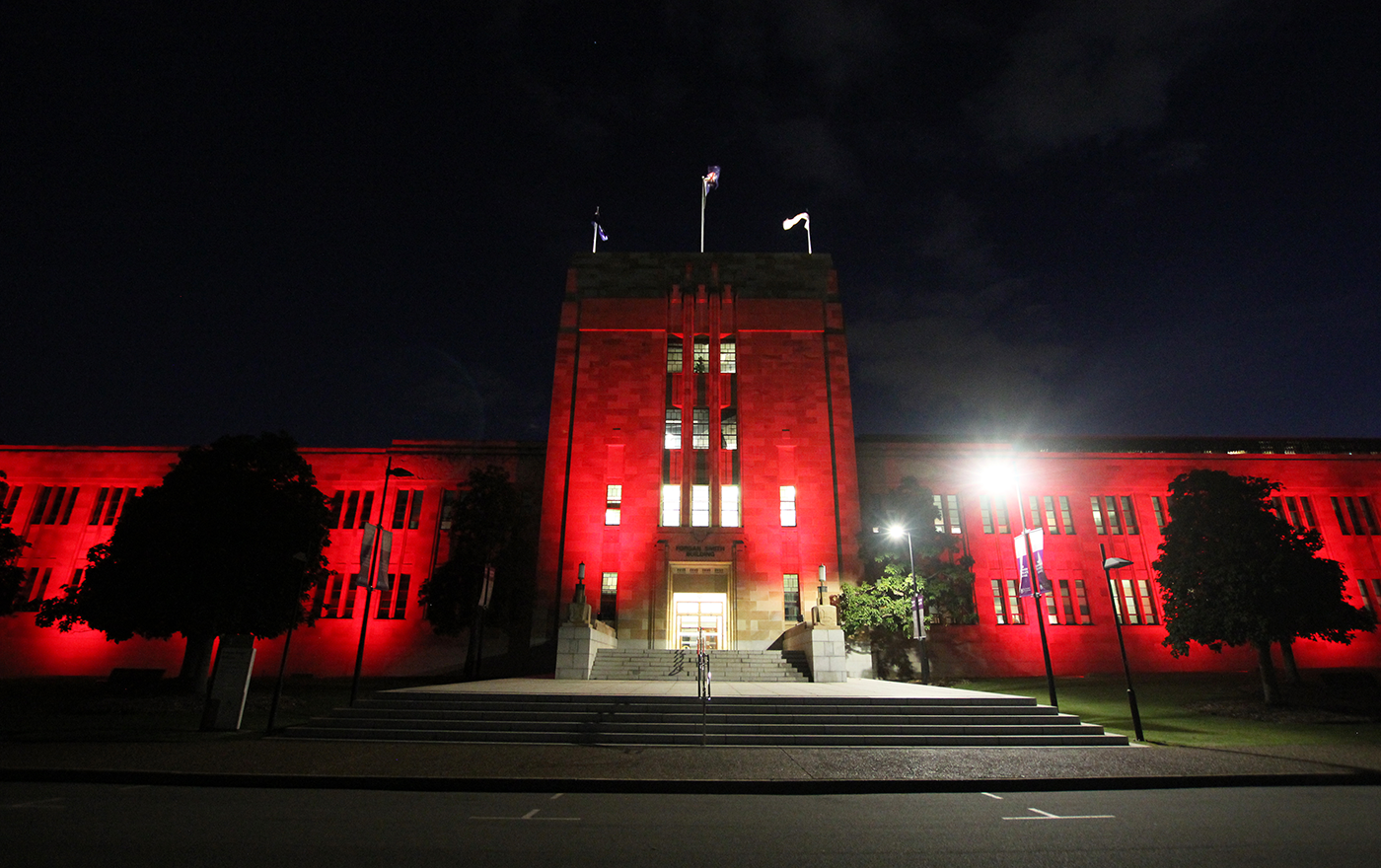 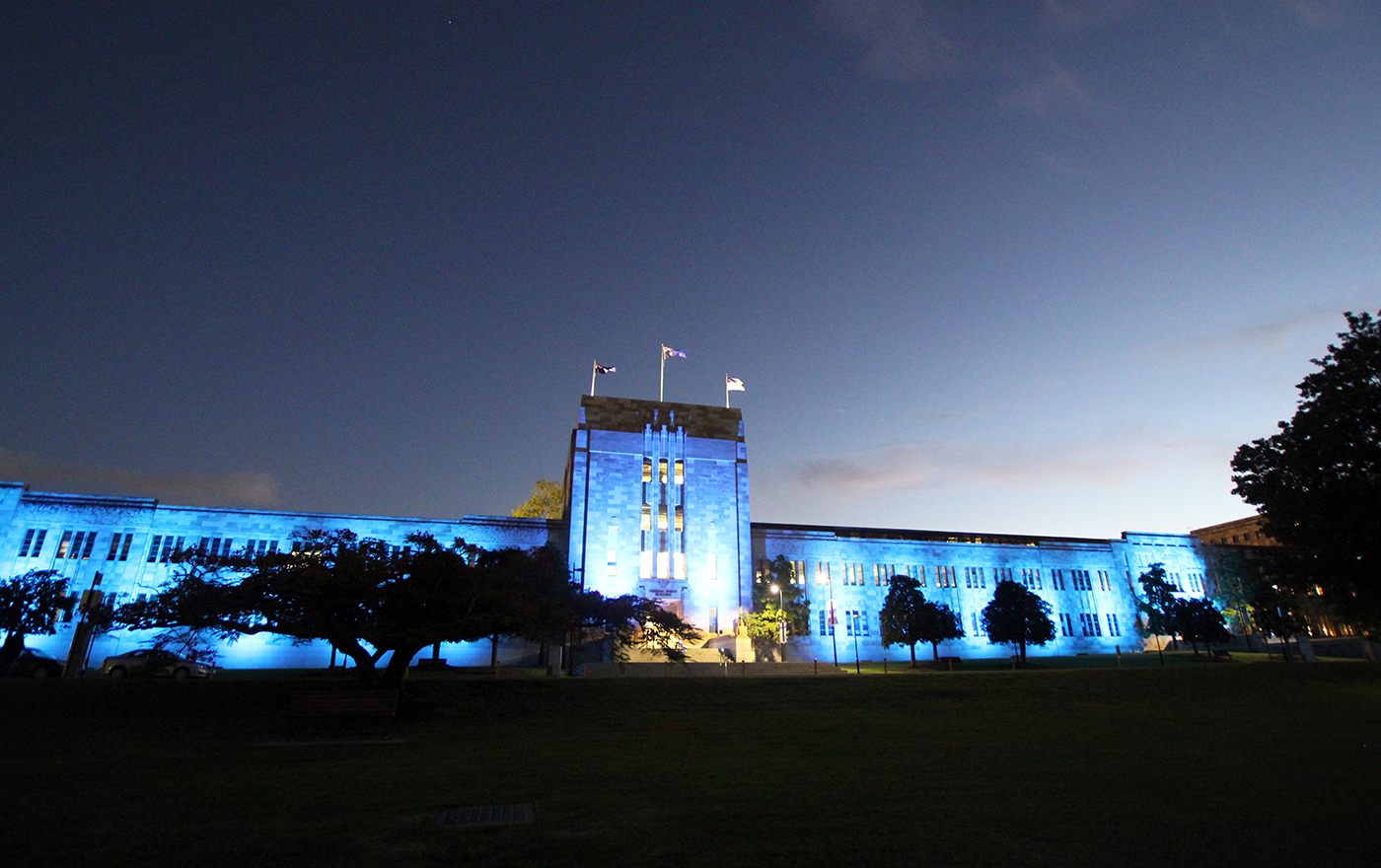 The lighting fixtures are arranged in the clusters of 2 luminaires in each cluster, in a configuration of 45 degree and 26 degree beam angles to ensure an even coverage of light over each section of the building façade – the 45 degree fixtures illuminating the bottom half of the façade and the 26 degree optics used for the top half of the façade.

The LED fixtures used were chosen for their superior light output and very flat field illumination. They are also an extremely compact luminaires with a tiny footprint, which enabled a very discreet installation. Due to their low voltage cabling requirements and a fact that all the power suppliers are located remotely, the trenching depth of 400mm only was necessary. This was of great assistance to protect tree root systems of heritage listed trees and also saved significant ground work expenses. All the DMX controllers are arranged in a din-rail mounted system.

Cameron Gunning comments: ”We are very proud with the outcome of this project. Deepi’s design recognized the heritage value of this iconic building and he called for compact luminaires with high lumen output, to achieve a very unobtrusive installation. All luminaires supplied are RGBA, in keeping with Deepi’s vision of creating a very warm colour palette, to achieve a stately illumination result, with ultimate flexibility for colour choice for any UQ events. All installation was coordinated by UQ and final colour selection to achieve the classic UQ corporate purples and greens was overseen by Terry Cronk. A significant amount of care went into creation of a generous colour palette, with each colour tuned and balanced to really highlight the beautiful sandstone surface. The project is remote access capable via networked computers and authorized smart phones, to ensure UQ have state of the art control solution for their prized iconic building”.

Brisbane Concert Lighting are gearing up with ChainMaster
Scroll to top