Housed in an old renovated movie cinema with charismatic industrial décor, FCTN is a two-tiered basement venue that can cater for up to 1000 people. The name ‘Fiction’ is a play on the old cinema heritage of the building which occupied it for over three decades. More recently the building was home to Academy Nightclub, which closed a year ago.

The venue can host anything from concerts to club nights, exhibitions, theatre, live art, and innovative performances. The landscape of the venue has been significantly transformed, in particular the original balcony has been changed into a mezzanine that wraps around the club. This area runs as a separate bar that looks down into the club area.

Visually, the club is dominated by a back wall of the VuePix Infiled LED Panels, which provide incredible eye catching imagery. 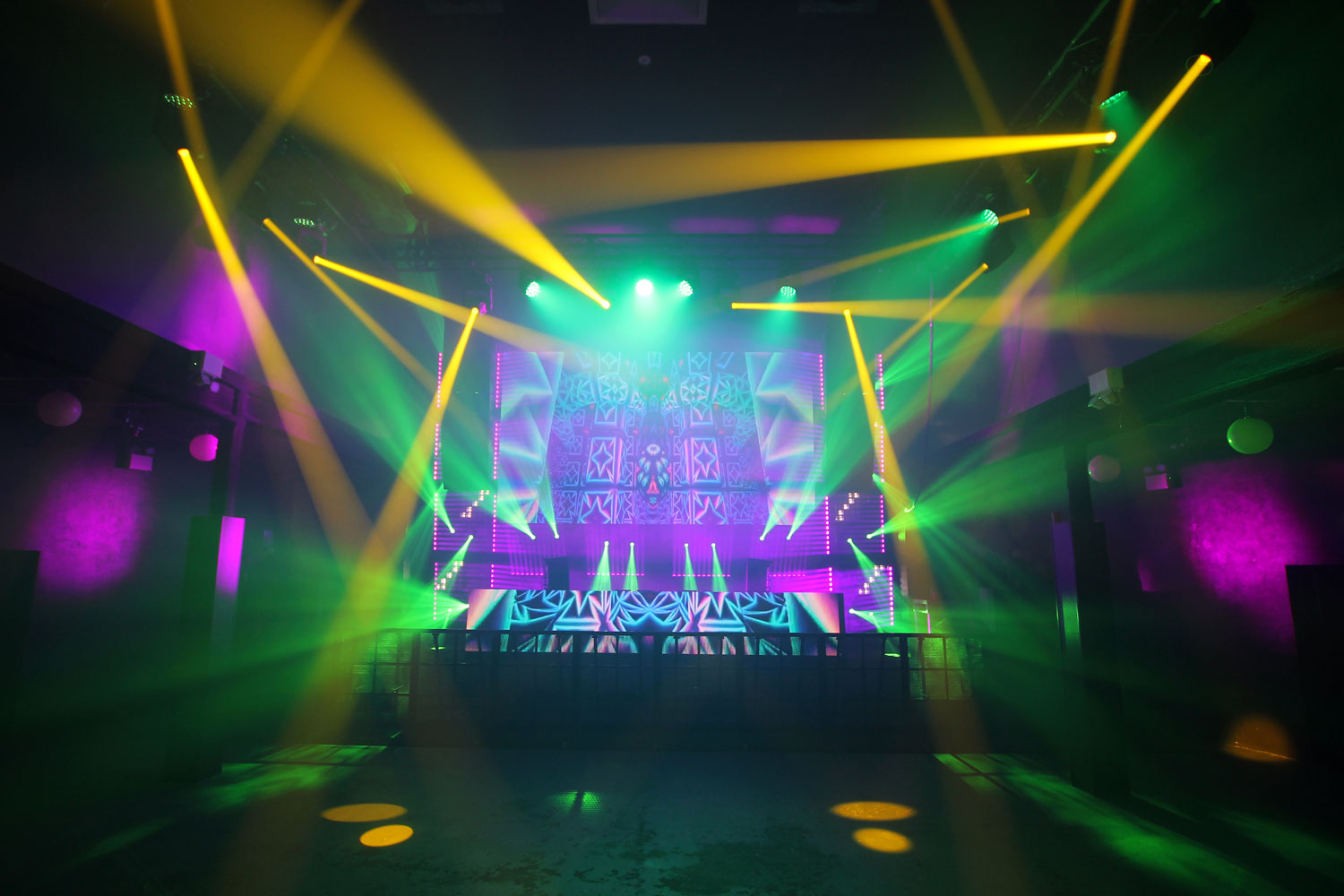 The owners spent a great deal of of money renovating the venue according to Darren Russell, Managing Director of Elite Event Technologies, who were tasked with designing a complete lighting, video and audio solution for FCTN on a permanent rental basis.

“The brief we were given is that the club will operate similarly to Academy, in that it would primarily be a nightclub, but they did want to be able to do live entertainment,” he explained. “We purchased all the lighting and VuePix Infiled LED Screens as new stock, but the audio is from our existing inventory”.

Visually, the club is dominated by a back wall of the VuePix Infiled LED Panels, which provide incredible eye catching imagery. Framing the VuePix on three sides are ACME DotLine 360 LED battens and ACME XA-100 hybrid movers. Together these fixtures form a powerful frame of movement and colour to complement the action on the VuePix Infiled screen.

“The operators in the Club love the ACME DotLine 360 LED battens. They’re quite cool because their zoom works in two halves in two different segments, so you can get some great effects out of them especially in the air.” Says Darren Russell – Managing Director of Elite Event Technologies. 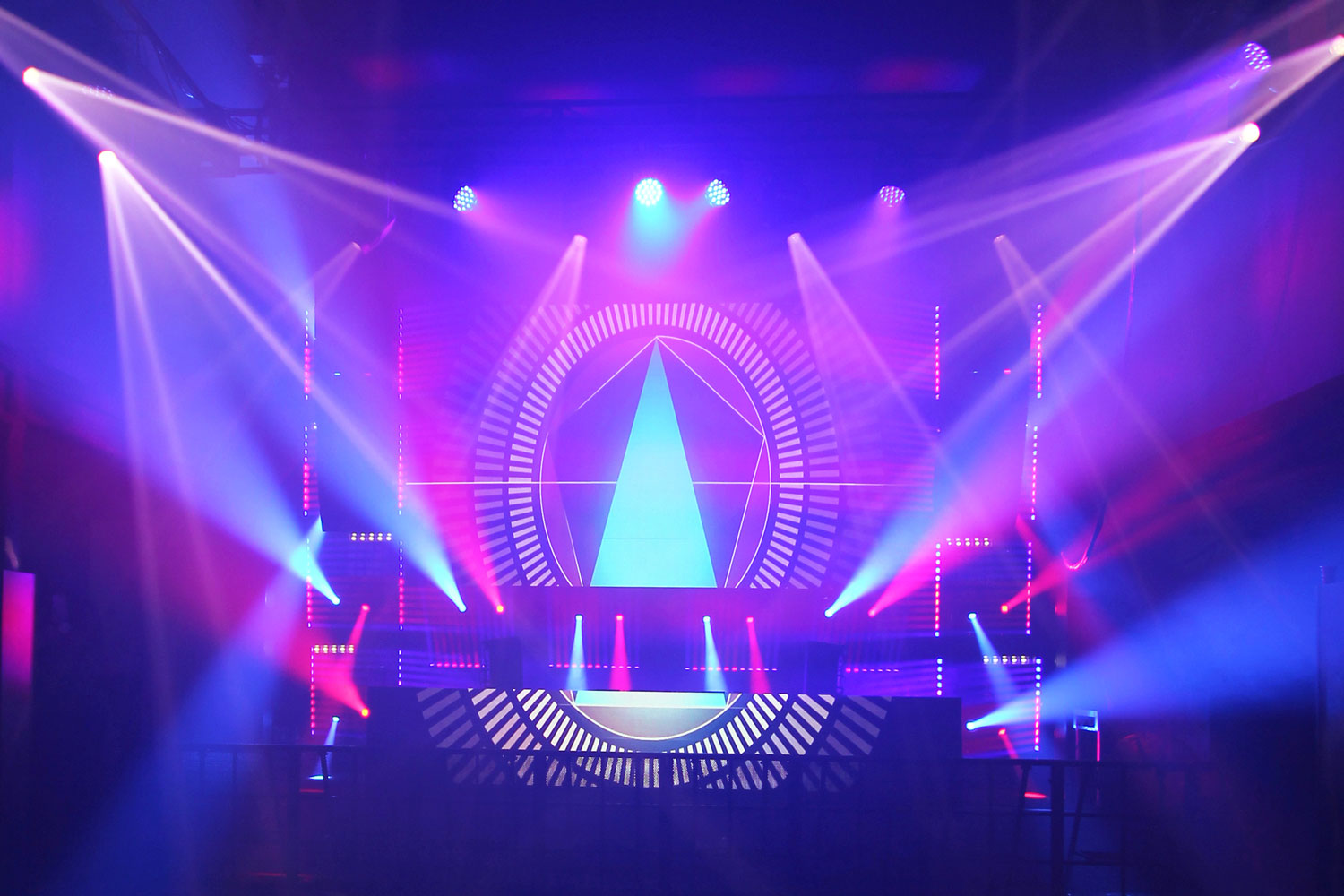 “The operators in the Club love the ACME DotLine 360 LED battens,” added Darren. “They’re quite cool because their zoom works in two halves in two different segments, so you can get some great effects out of them especially in the air.”

Providing action over the dancefloor are ACME XA-400 spot movers and ACME CM-300ZR-II washes hung from a large square truss grid.
A pair of MDG ATME Hazers, one either side of the stage, supply atmosphere with Darren saying the second one is more for redundancy. They are run at only 10% yet still easily fill the venue. “We tend to always install two into clubs because sooner or later someone will spill a drink in one midway through a gig!” laughed Darren. “Or the bar staff are filling it up in the dark and pour fluid all over the machine!”

Control is via a ChamSys MagicQ MaxiWing and a Power Mac running ChamSys MagicQ and ArKaos Media Master Pro Software as well as a pair of HP E230t 23” touch screen monitors. ACME EN28 Art-Net DMX Converters enable 14 universes of DMX to be utilised in the venue, where everything is running in full load.

“We have a number of club installs that we have done where we have video and we usually install ArKaos along with ChamSys,” explained Darren. “The integration between the two works really well, in fact I’d say ArKaos works better with ChamSys than anything else. Together, they make pixel mapping very simple.”