The ten metre long and 3.5m high BROADBEACH sign was installed at Victoria Park opposite the Star Casino in early 2018, giving the area a facelift in preparation for the 2018 Commonwealth Games, held on the Gold Coast.

Early this year, the Gold Coast City Council approached ULA Group to replace the existing lighting control system with a reliable sophisticated solution, which would provide further control options and connectivity. The project was installed and completed by Onesol Contracting.

The old DMX drivers in charge of the existing LED strip lighting system were replaced with Acclaim Lighting AL1 & AL4 DMX drivers. Twenty of each model were installed inside a switchboard enclosure located behind the letter installation, 2 drivers per letter. The AL4’s are handling the RGB LED strip within and the AL1’s taking care of the White LED strip. All the cables between the letters and drivers were upgraded as well with multicore flex cables. 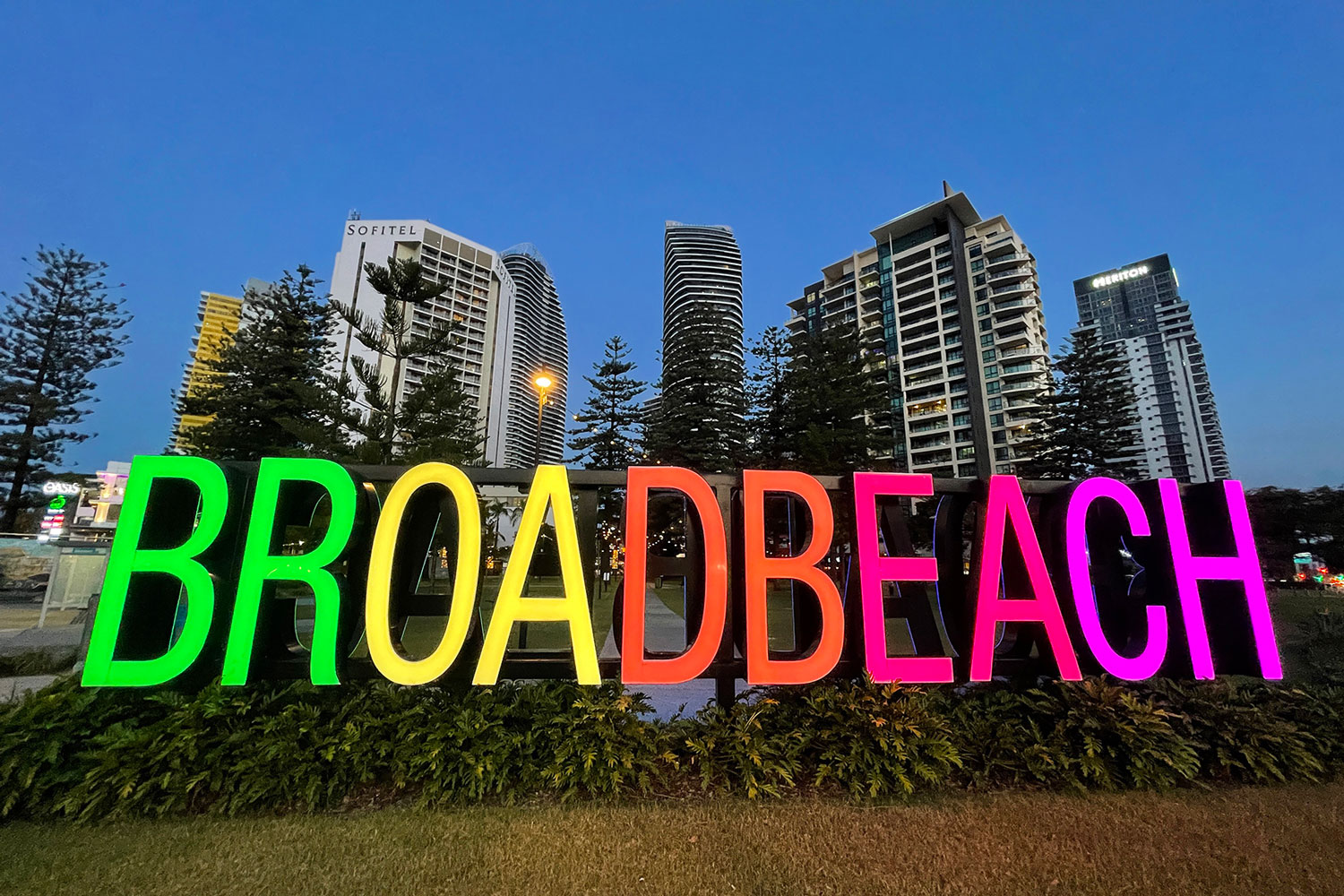 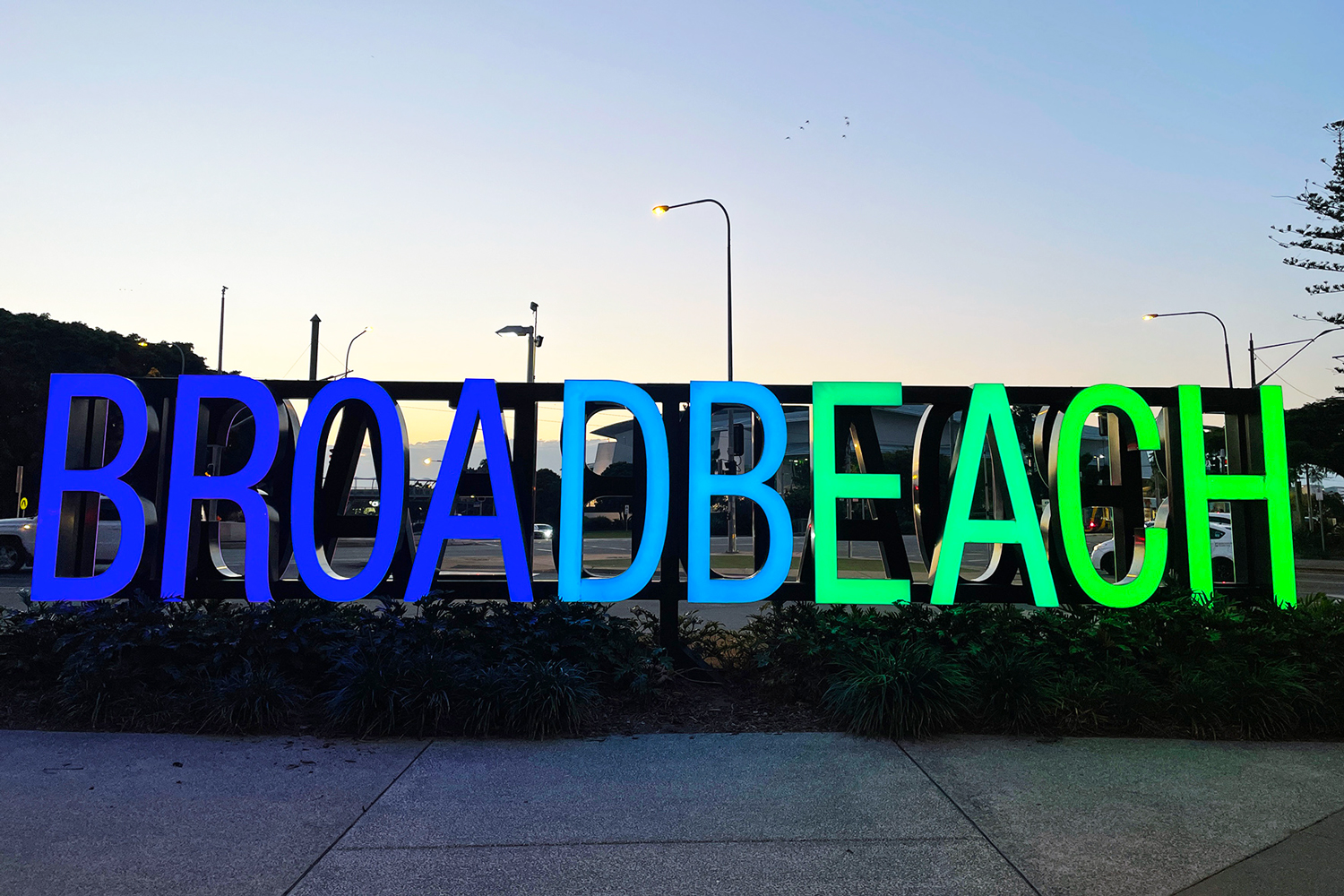 The Pharos EXT & TPC units were installed inside a switchboard enclosure, located about 100m from the sign, providing a versatile and sophisticated control solution for the lighting system of the sign. The new control system allows for scheduling preprogramed lighting scenes each night, as well as providing creative freedom to change the lighting scenes remotely from anywhere in the world via Pharos Cloud. This gives the Gold Coast City Council an opportunity to highlight various events happening in the City and to commemorate special days or initiatives, which are important for the community.

The sign is currently scheduled to light up in a myriad of different colours each night, gracefully transitioning between the scenes, welcoming all the residents and visitors to Broadbeach.