Illuminating the Art Deco Façade of The Empire Theatre

The Empire Theatre – known also as the Jewel of the Darling Downs – is the largest performing arts precinct in regional Australia. Renowned for its classic art deco architecture, the heritage listed theatre in Toowoomba benefits from the new Griven architectural lighting system, illuminating the façade of the main building including the fly tower.

Visual Focus was chosen to deliver this high-profile project. Their team worked closely with the client and the ULA Group team to propose a perfect architectural lighting solution for the iconic building.

“We were planning to upgrade the architectural lighting of our main theatre building for a while and when the time was right, we wanted to make sure we chose the best technology available on the market,” explains Ben Hunt, Head of Lighting at the Empire Theatre. “Originally, we were looking at the existing Griven range, but just before we received a go ahead for our project, Griven released their new Capital series, which seemed to be a perfect solution for us. They re-rendered the visuals with the new fixtures, and we were really impressed.”

“We were planning to upgrade the architectural lighting of our main theatre building for a while and when the time was right, we wanted to make sure we chose the best technology available on the market,” explains Ben Hunt – Head of Lighting 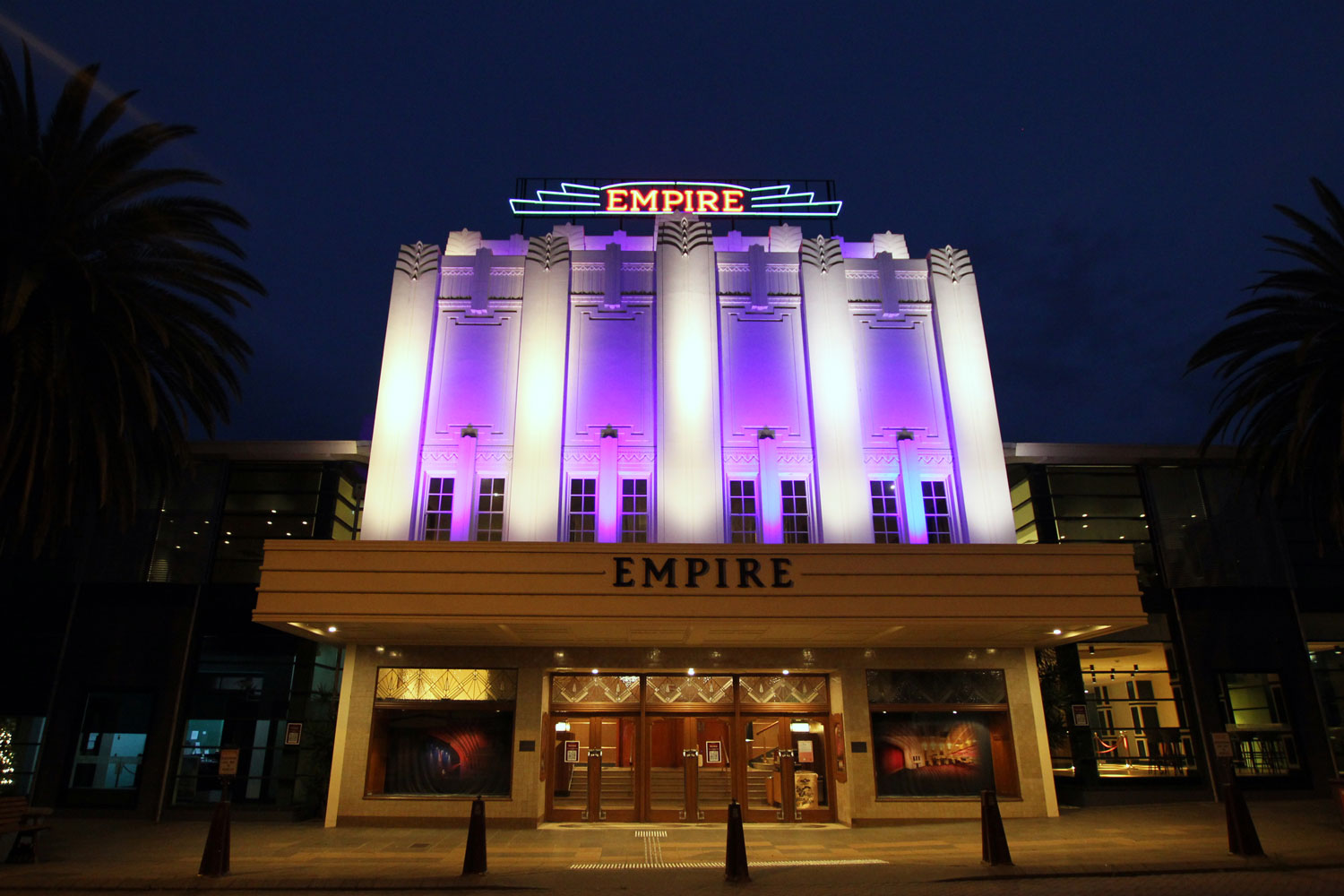 The award-winning Capital series by Griven offers premium high-powered exterior surface mount luminaires. Designed and made in Italy, the Capital range combines a minimal, neat design with brilliant performance. The fixtures provide an impressive illumination of large-scale facades and architectural structures, allowing for absolute freedom with the creation of dynamic effects when desired.

The Capital 100 RGBW fixtures were used to illuminate the front façade of the heritage listed building on both levels. Fourteen Jade 16 RGBW round profile fixtures are being used to light up each of the columns of the front facade, creating an extra depth for the lighting designs when desired and allowing the beauty of the architectural structure of the Empire Theatre to be seen in full after dusk.

Griven Capital 300 RGBW fixtures fitted with extra wide optics illuminate both sides of the building, including the fly tower. The architectural lighting system is controlled by Pharos, allowing the pre-programmed lighting sequences to be scheduled at different times and days, depending on the season or specific shows & performances which are being played or hosted in the Theatre.

“The new fixtures by Girven ensure that the iconic Façade of the Empire Theatre remains tastefully illuminated but also gives it some new artistic flare that will stand the test of time. The colour rendition & white point from the Capital series is great and works well on the heritage listed façades”, explains Ben Hunt. “Overall, we are happy with the product and thank Girven, ULA Group and Visual Focus for helping to bring all of the pieces together to ensure that we have a solid solution.”

The Empire Theatre is one of Australia’s most successful regional theatre venues, hosting up to 130,000 visitors and 600 events annually. Some of the performances produced by the Empire Theatres recently include Phantom of the Opera (2014), Wicked (2017), Kinky Boots (2019) and most recently Mamma Mia in 2020, each providing significant performance, creative and technical training opportunities within the community.

The Empire Theatre originally opened in June 1911, however most of the original building was destroyed by fire in 1933. Since reopening in 1997, the complex retains some of the existing elements from 1911 and complements them with modern seating for 1,561 people and state of the art bar and lounge areas. With the addition of the Empire Church Theatre, Empire Studio and the most recent addition, the Armitage Centre, the Empire Theatres cultural precinct remains the largest performing arts theatre in regional Australia.