The lighting rig for the main showspace was designed by Darren Russell who needed a flexible and versatile range of fixtures to help deliver the high expectations of everyone involved, so he based this around Robe moving lights – BMFLs, Pointes and LEDWashes – plus a selection of conventionals.

Darren is adamant that with this many Robes on the rig this year, they could be properly creative with lighting over and above the traditional requirements for fashion events. “The brief was actually to make it more theatrical and edgy this year, so lighting played a much bigger role than previously,” he explained. 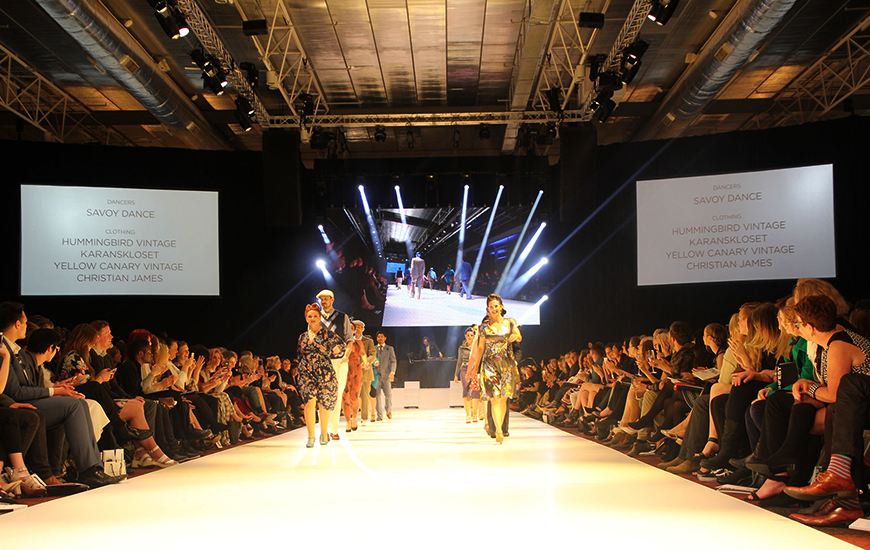 “The brief was actually to make it more theatrical and edgy this year,
so lighting played a much bigger role than previously,”

FASHFEST was the vision of founders Clint and Andrea Hutchinson in 2013 to bring a high profile red carpet fashion event to Australia’s capital to showcase modern and emerging talent. This year the three day event moved from May to October and was creatively directed by Cameron Ellis involving a cast and crew of around 400 including designers, creatives, models, technicians and back-of-house-and-stage staff.

Celebrating fashion, music arts and culture in six vibrant runway shows, two per day, the showspace buzzed with live music, DJs and innovative, imaginative fashion creations from in and around Australia’s capital. The shows were watched by over 1000 live guests per show, broadcast by Fashion TV, internet streamed as well as shared via the usual throng of media outlets both local and international.

The main room this year featured a 44 metre long by 4 metre wide runway and at the start of this, in the ‘entrance’ position, was a stage for bands, DJs and other live performers. This was an important aspect of the shows and brought an exciting new resonance to the catwalk action.

A 46 metre wide by 9 metre wide box truss was installed above to create plenty of flexible options on lighting positions, and a large LED screen at the rear of the entrance was framed by ladder trusses which were rigged with 11 of 16 Pointes added to the plot for hi-impact looks and effects. This brought a touch of rock ‘n’ roll to the space which was also very well received. “We’ll be doing that again for sure,” says Darren.

The workhorse moving lights were the 32 x LEDWash 600s, 16 x BMFL Spots and four BMFL WashBeams, all rigged on the box truss together with some LED profile and fresnels ‘conventionals’.

“I wanted the lighting to echo the elegance, fun and creativity of the shows,” says Darren, and these were all excellent choices. 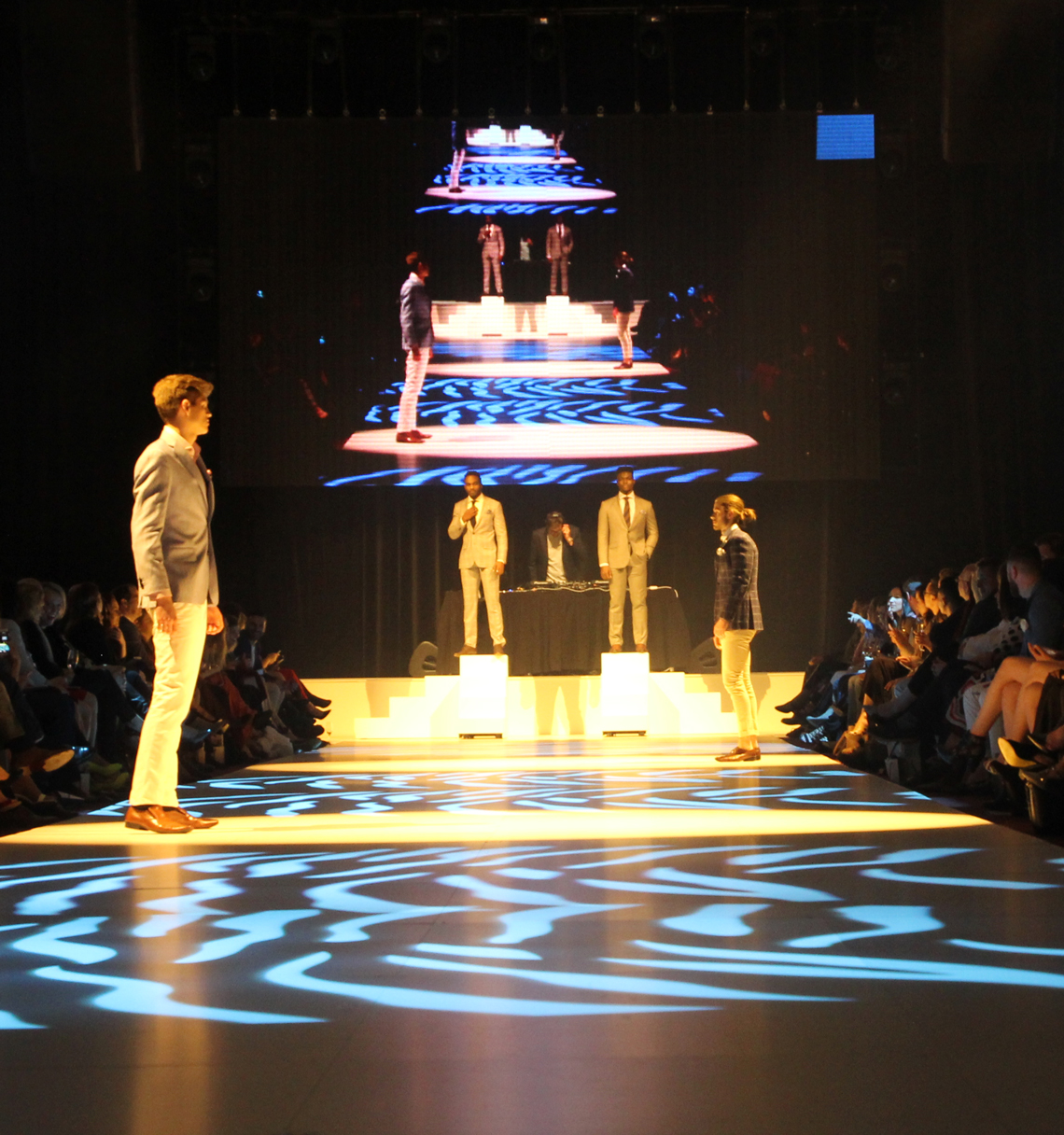 “I wanted the lighting to echo the elegance, fun and creativity of the shows,”

A couple of the shows requested a classic fashion tungsten open white overhead, but for the rest the overhead wash was provided by moving lights as well as them being used to highlight some of the periphery elements.

The remaining five Pointes were rigged on the ‘front’ truss at the short end of the grid with the BMFL WashBeams also on this same truss for lighting bands and performers. The shutters of the WashBeams were “amazing” for shaping and defining light for specific areas.

The BMFL Spots and LEDWash 600s were positioned all around the trussing grid spaced so their focus could be maximised.

The front array lighting at the end of the runway – for amassed media, photographers and videographers – was a mix of LEDWash 600s and LED profiles and fresnels.

The BMFL Spots on the sides of the box were ideally placed to produce an even white wash down the centre of the runaway that contrasted well with the LEDWash colours spread generally over the space. The BMFL Spots were also used to highlight assorted props, funky furniture and other artefacts around the showspace.

Rehearsal time was tight … and the programming intense! They stepped through each of the six shows twice, and Darren and his team simultaneously programmed furiously to get the numerous looks and atmospheres wanted by the 9 designers involved in each show into the desk, at the same time they were sound checking two different live music acts per show, building video content and generally creating the show from scratch.

“We really appreciated having all these great tools on hand,” he says. The hardest thing was getting some of the more obscure colours being requested – like browns and other more atmospheric hues – which were also not always precisely described. Thanks to Robe’s colour mixing being “so amazing” they achieved a result for all of them!

Darren contends the combination of being smart with the rig design as well as very organised in the programming process enabled them to help deliver another highly successful FASHFEST event. The programmer and console operator was Blake Watkin, one of Elite’s full time staff.

The company has a large stock and a wide range of Robe moving lights in its lighting inventory which were supplied by Robe’s Australian distributor, The ULA Group. 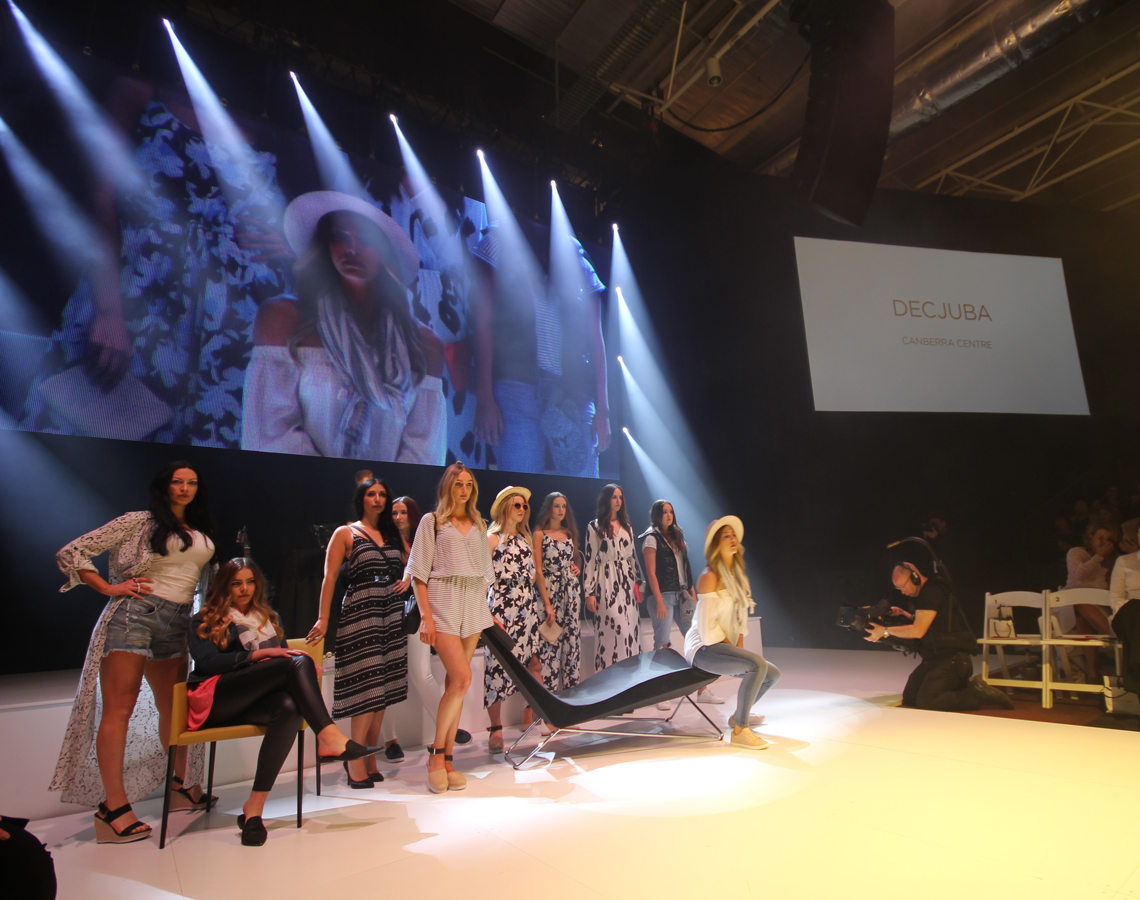 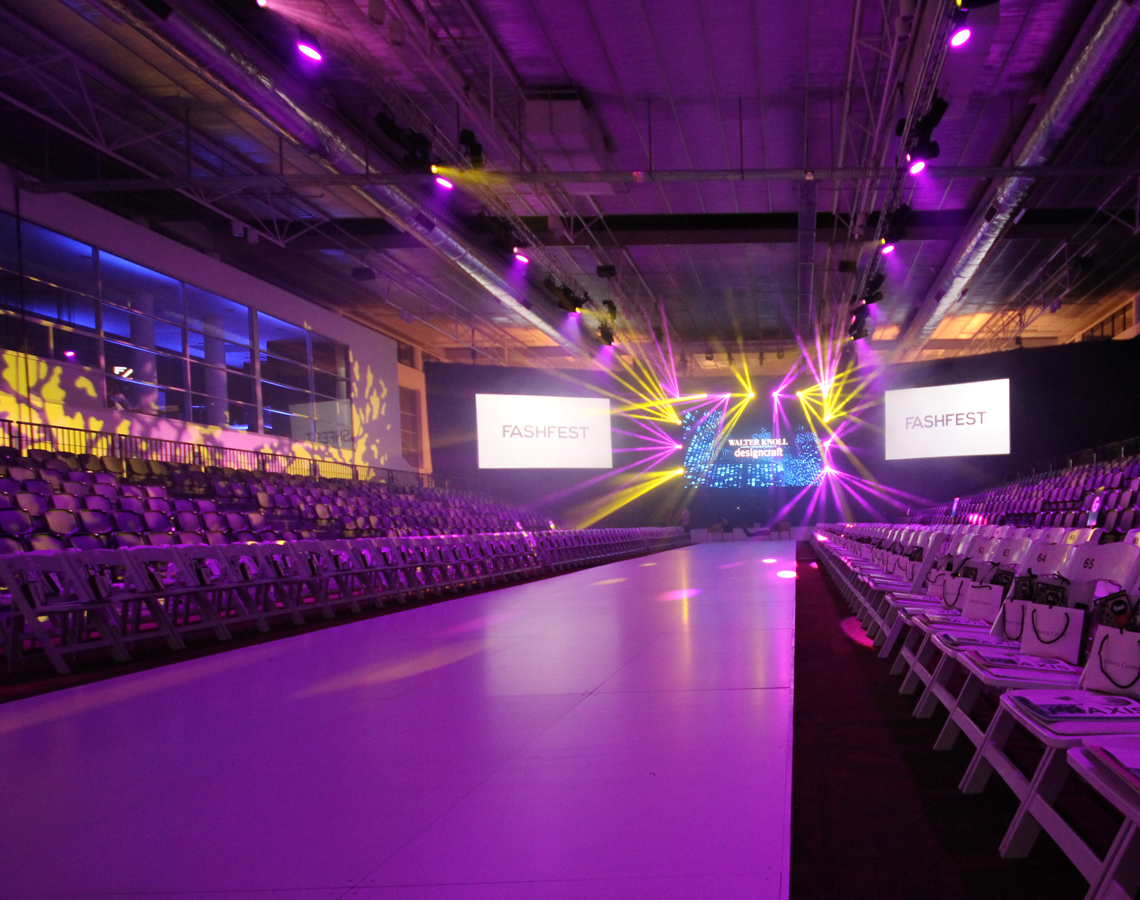 Darren contends the combination of being smart with the rig design as well as very organised in the programming process enabled them to help deliver another highly successful FASHFEST event.