The Metropolitan Opera House at Lincoln Center for the Performing Arts in New York City, home to the Metropolitan Opera, has recently installed 70 Elation Professional Artiste Monet™ LED profile moving head luminaires with Donald Holder the first to use the new rig of award-winning lights on Porgy and Bess. Lighting supply was by 4Wall Entertainment.

As one of the world’s premiere opera companies, the Metropolitan Opera demands exacting specifications with stage facilities that continue to be updated technically. The Met’s resident lighting designer, John Froelich, was instrumental in choosing the Artiste Monet and cited three main reasons for its choice. “The output of the LED source was very bright,” he said, noting that in testing it was the brightest fixture available. Secondly, “The native colour of the LED engine was the most appealing to me. Most LED profiles that were tested had a slight green bias that was really hard to manage quickly from a creative standpoint. In a large, fast-paced repertory environment like ours it was such a great thing to find a source that was so artistically appealing.”

Lastly, the designer says the focus aspect of the Artiste Monet was the best of the units under consideration. “When dealing with LED sources in moving lights all manufacturers have to deal with the reality that multiple tiny sources rather than a single center engine of light, such as an arc source lamp, causes chromatic aberration to any shaping object in the lens train. In our testing, the Artiste Monet lens system had the advantage in minimizing this issue.” 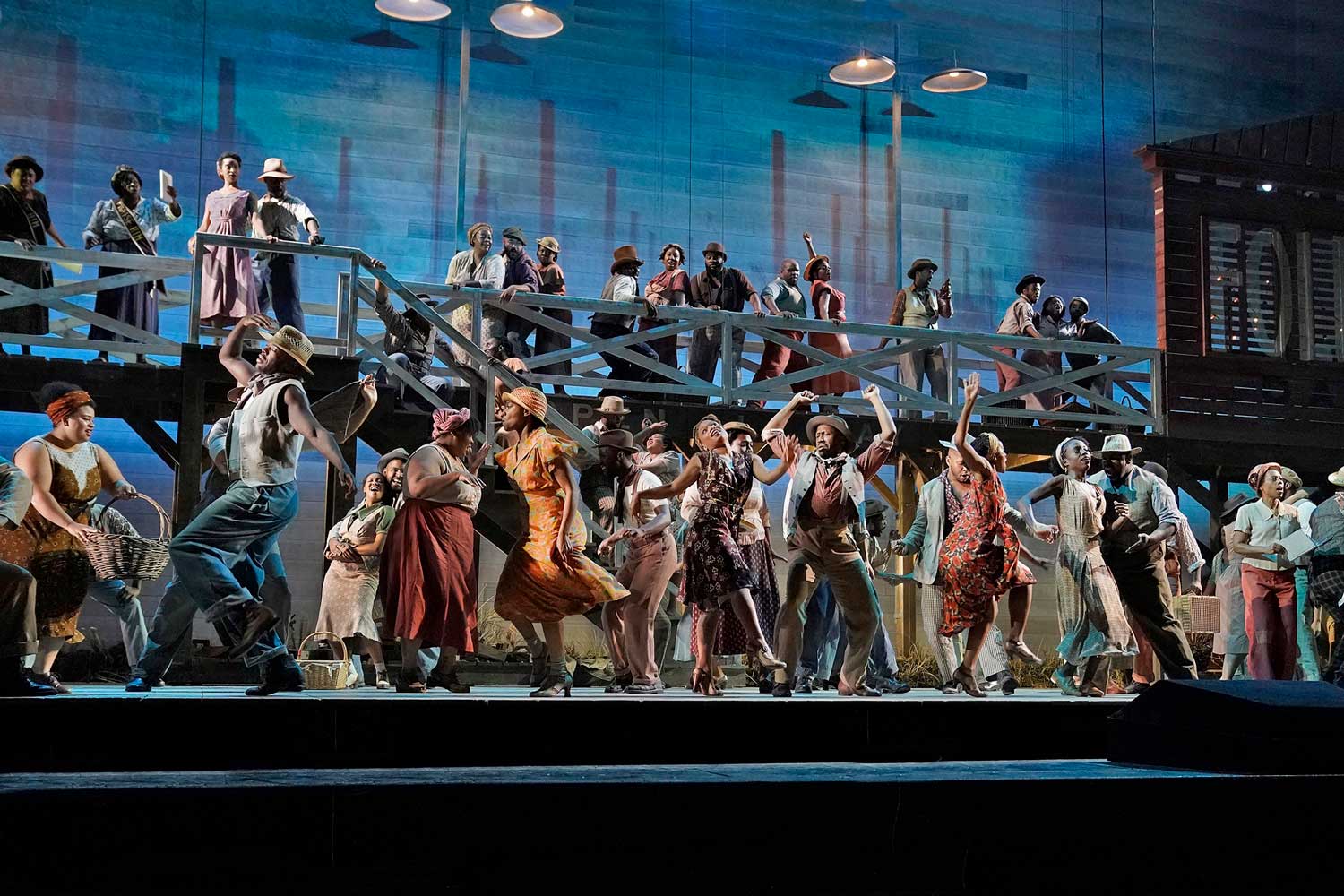 “The native colour of the LED engine was the most appealing to me. Most LED profiles that were tested had a slight green bias that was really hard to manage quickly from a creative standpoint. In a large, fast-paced repertory environment like ours it was such a great thing to find a source that was so artistically appealing.” – John Froelich – Lighting Designer, The Met 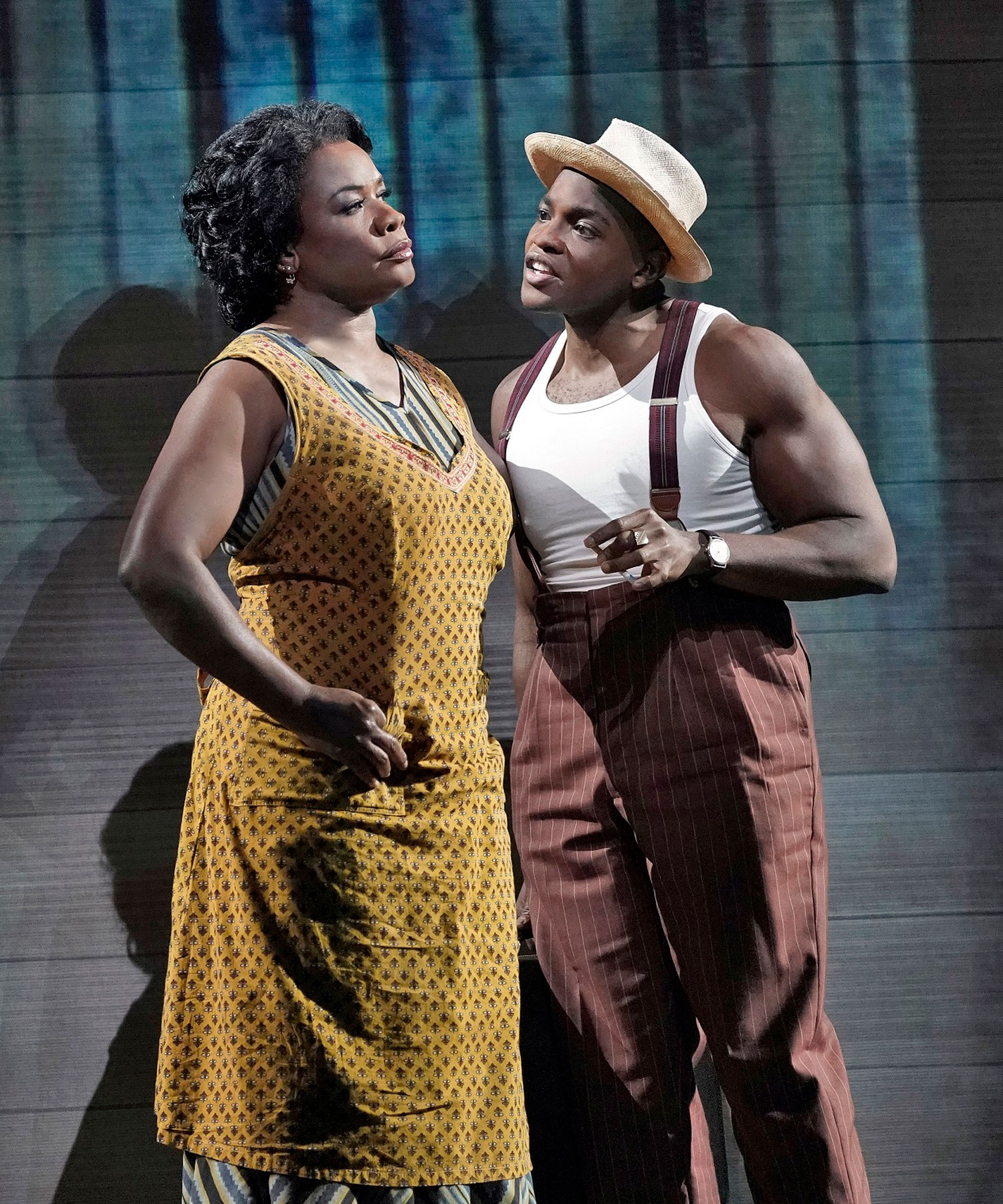 The Artiste Monet is a 45,000-lumen LED profile luminaire whose innovative SpectraColor colour mixing system, as well as an unlimited indexing and continuous rotation framing system, has been recognized as exceptional innovation. SpectraColor is unique in that it combines CMY colour mixing with RGB flags and variable CTO to produce colour combinations that have traditionally been hard for LED luminaires to achieve.

“The SpectraColor system opens up a lot of possibilities from a creative standpoint,” Froelich states. “The ability to mix to super saturated colours without having to revert to the use of colour chips is really advantageous. For example, I can shift from a realistic lighting state in one cue and then fade to really saturated theatrical state to emphasize a musical moment, mood or event onstage with the same lighting equipment. This is quite helpful in our repertory environment as we have more wide-ranging access to dramatic shifts without having to hang additional lighting equipment.”

He continues, “The system also allows me access to subtle reds, blues and greens that are near impossible to mix with the primary Cyan, Magenta, Yellow mixing system. Having access to these types of colours without losing light output due to the heavy amount of coloured glass in the lens assembly is quite a game changer.”

The Monet fixtures, along with a complement of Elation Chorus Line ST™ LED battens, have replaced the entire overhead lighting rig at the Met, everything from a standard tungsten Fresnel to a high output 4KW HMI theatre Fresnel. “It is quite a wide range of lighting equipment and the transition has been fairly smooth,” Froelich says. The Chorus Line luminaires were custom made for the venue with RGBA LEDs for a broader colour spectrum.

“The SpectraColor system opens up a lot of possibilities from a creative standpoint”- John Froelich – Lighting Designer, The Met

The Metropolitan Opera opened its 2019/2020 season on September 23rd with a new production of the Gershwin and Heyward opera Porgy and Bess, directed by James Robinson. The first production to use the new Artiste Monet luminaires, lighting is by Tony Award-winning LD Donald Holder, the fifth opera he has designed for the Met since 2004 (The Magic Flute, Two Boys, Otello, Samson et Dalila).

Located on the Met’s repertory light bridges and at borderlight positions, Holder shares his experience using the Artiste Monet. “It’s a very powerful fixture with excellent colour rendering, dimming and optics,” he said. “Despite the high colour-temperature native source, we were able to achieve a fairly warm, natural-looking colour palette, certainly evocative of sun, candle and torchlight. The variable light to heavy frost option was extremely helpful when creating continuous backlight washes using several fixtures, or using the Monet for a single special with no apparent hard-edges.”

The scenic design for Porgy and Bess features a two-story set designed by Michael Yeargan that revolves to eight different positions over the course of 16 scenes. Populated by a cast of 93, who occupy almost every nook and cranny of the massive structure, Holder says, “I needed many fixtures from multiple locations that could carve out specific portions of the set with consistency and accuracy. The Artiste Monet accomplished the bulk of this work, and I was very pleased with the quality and repeatability.”

Citing the luminaire’s excellent colour-mixing and variable frost as important features for his design, Holder uses the Monets continuously in the production, constantly refocusing as the set revolves and changes configuration. He describes a special look he creates across the set’s complex sloped roof structure, located at a relatively short throw distance from the Monet’s position on lighting bridges. “Using the wide zoom optics and heavy frost options I was able to simulate a large brushstroke of sunlight glancing across all the rooftops using just one or two Monet fixtures focused from a singular, strategic location.” In another special look that takes place during the funeral of Robbins on a cold, rainy day, Holder created broad swaths of cold wintry backlight that etched the entire space, using the fixtures in open white and again with a wide zoom and heavy frost.

Holder thanks Resident Lighting Designer John Froelich for having the foresight to bring the Artiste Monet fixtures to the Met, as well as his brilliant assistant team of Aaron Sporer and Keri Thibodeau, along with programmers Ben Eells, Salvatore Nicosia and Max Lagonia.

The first production of Porgy and Bess at the Met since 1990, the show has proved itself a triumph with critics praising both the cast and production. Performances ran through October 16 with the production returning for seven more performances in early 2020.

Birds of Tokyo tours with TLD